Really it's the caffeine that does the heavy lifting in this pre workout, but they tell you that straight off the bat. Some well dosed, others not so much. But in all, not bad.

You can tell it has caffeine in, there is no doubt about that. The taste is an acquired one, but you don't get bored. It does work and you do feel it.

A pretty standard pre workout, nothing fancy, but it works. For the price this really is a great pre workout to have as a back up if your higher stim ones are out of stock and you just want the same as 5,000 redbulls in your tank.

I have to drop a shout out to a local supplement store for letting me know about this one.

If you are ever in the area, drop in to Top Supplement, or head on over to their website (they have a huge amount of BioTech products, as well as a few other cool brands).

The BioTech Black Blood CAF+ is noted as being 'a radical pre-workout formula'  designed as a reformulation of the original Black Blood.

At the time I was looking for something with a little more of a punch, and noticed that this pre workout had 400mg of caffeine, and that peeked my interest, so it's time to see if it has the rest of the package to make this a true Stim Junkie pre workout.

Black Blood Caf+ has a 10gram serving, but only contains 5 active ingredients that are aimed at 'stimming you up'.

If you think that 10grams might be a bit light, its worth noting that this hasn't got any nootropics or DMAA or ingredients that newer pre workouts contain, a lot of this pre workout is caffiene and smacking back nearly 1000mg of that stuff in one go, isn't going to make you feel brilliant.

As you can see, this product actually contains two blends the NOX Complex (designed for the pump!) and the Black Caffeine Matrix, so they have at least tried to balance this pre workout out (they also do a NOX+ version with no caffeine).

Lets start with the NOX Complex, as it's the biggest dose out of the 3, making up over half of the pre workout.

First on the list is the L-arginine AKG (or Arginine-alpha-ketoglutarate for those who want the big names), used in supplements to increase nitric oxide product within your body, helping you get that pumped up look. Studies are still out and about on the effectiveness of AAKG, with some giving subjects 3000mgs and seeing no obvious increase in training ability.

L-citrulline malate is next up, one of the most used stimulants used within pre-workouts, this and the standard version of Citrulline Malate have both been shown to increased your Nitric Oxide and enhancing your blood flow - Massively needed if you are having high doses of Caffeine.

3,000mg is meant to be the 'perfect dose' so 2,000mg is pretty low, but the pump formula is here to counteract some of the negative points of caffeine.

The final ingredient found within this NOX Matrix, is another standard supplement Beta-alanine. Beta Alanine has been linked to removing lactic acid, as well as extending how long it takes for you to become exhausted.

Unless you are used to Beta Alanine, you will get a lovely tingling feeling (think of ants..over your body). Studies have shown that 3,200+ mg is the clinical dose, so a little under-dosed in this aspect.

You can argue that all 3 of these ingredients work together, and that they are meant to be a compliment to the caffeine rather than being the main focus.

To be honest, it's just caffeine.

Not really sure why they market this as a matrix.

They could have called it the Caffeine Duo, but I guess that doesn't have the same ring too it.

As you can tell, the Black Caffeine Matrix has 2 types,  the main source is marketed as water-free Caffeine? Yep, couldn't understand that one. Smacking straight in at 383mg, this is the main stim within the pre workout and you have to accept that it does it's job well.

The second is 17mg of 'black tea extract' Caffeine, again it feels like it was added just because it sounded cool, but hey this tiny 17mg adds up to 400mg of Caffeine.

This is not a pre-workout that you will want to take 1.5 or 2 servings off, your stomach will not thank you at all.

Higher doses of Caffeine have been known to causes the human body to decide it no longer wants to keep that pre workout inside of you.. ever had 5 or 6 coffees in a run and suddenly run towards the toilet?

It's not very usual for supplement companies to add vitamins or minerals as additions to their ingredients list, but BioTech have decided that it's worth doing so, so I will be gracious enough to at least look at this 200mg of stuff.

Your 185mg of Magnesium may help with muscle and nerve function, as well as controlling blood pressure, so probably a nice addition after all that caffeine and pump ingredients. If taken as a standalone supplement, around 300+ mg is the recommended dosage, with some studies showing that dosages up to 420mg can be effective.

Though those dosages depend on if you are pregnant, old, man or woman! It can also depend on your diet, again feels a bit of an pointless addon.

Next in the line up is Zinc, much like Magnesium, the optimal dosage depends on your body, your sex and even your diet. A lot of the time Zinc is taken to help with your immune system and to help with anxiety or depression. I guess it could be quite useful as a mood enhancer. It has been shown that athletes taking Zinc have shown signs of increased strength and performance, as well as helping with cramping!

Vitamin B6 dosed at 1.5mg has been added to increase 'natural' energy levels, but it feels a bit pointless considering the 400mg of caffeine that has already been mentioned!

And finally, (I swear this is the longest list of core ingredients a supplement company has boasted about) we have Niacin. Otherwise known as Vitamin B3, it can help with increasing blood flow and circulation around the body (again, much like the Vitamin B6 it feels like it's not really needed in here). The recommended dosage for adults is between 14 - 16mg per day, and this is coming in at half of that.

If you are having a multi vitamin, or a support stack supplement per day, you are more than likely already hitting those RDA's of vitamins and minerals, so having them in this feels like a waste of 200mg that could have been used better.

It has been noted that a number of studies have so far shown that we really don't understand if Multivitamin tablets even provide us with the vitamins and minerals, of if tablet form is even worth it. But that's a different article!

I am on the fence on this one. The high caffeine is cool, but there are other supplements that can now be used with a much lower caffeine content included that do the same job. The pump matrix is good, and counteracts the downside to such a high amount of caffeine, so plus points for that!

Current prices set BioTech USA Black Blood CAF+ at between £19 - £30 depending on where you get it from (and the flavour you choose). For that price, you get 30 whole servings (10grams per serving).

You will be paying around the upper low end or middle end of pricing for pre workout. It's not stupidly cheap, but it's also not Ghost Legend status at £2 a serving.

If you where going to purchase the ingredients yourself, you could probably make a pre-workout with 400mg of caffeine with 3,000mg of beta alanine for roughly the same price (maybe down to 50p per serving if you can do bulk) so I will say, not bad.

It's not expensive at all. If you can get it for £19 then that's 63p a serving. That's pretty decent

How Does It Feel & Taste

The one thing I say about taste and feel, is that it's down to personal opinion.

The actual pre workout is thick. Not as thick as the concrete mixture that is it's heavy brother NOX+, but it's still thick.

I believe the NOX Matrix within this is the reason is goes so thick and gloopy, but hey it is drinkable.

The taste was pretty good, I have had both blue grape and cola flavoured, both tasted nice, and the cola didn't taste like the cheap Lidl gummy sweets that you can get (Sorry Lidl, they just don't taste that nice).

You can tell the caffeine is inside this pre workout, I can tell you that much. For someone who has moved onto other stims within pre-workouts, that usually have a lower caffeine content, you do sometimes forget what high amounts of caffeine does and for me, it usually made my head feel like it was having a cyclone going around for a few seconds..and then calm. Odd.

But it definitely does give you a great feeling, I love caffeine, and this pre workout just gives you a shed load of it.

It takes a little while to get into your system, usually around that 30minute mark to kick in, but again once it hits, you do suddenly get that feeling, a long with the tell tale signs of ants crawling around you when the beta alanine decides to make an entrance (though if you dose enough of it over the course of time, that feeling vanishes!)

Other than a cyclonic feeling for a few seconds and the fact that it's a little thicker than other shakes, this taste nice and has a nice steady effect on you.

When this product came out, it felt like they had decided that people playing with DMAA or DMHA or yoibine or any of those other 'odd things' where just being silly and that all you needed was double the dose of caffeine and boom you had made the god of all pre workouts.

Now that people have experimented and played around a little more and decided that caffeine may not be the answer to everything, this product stands out a little.

For me, this pre workout did it's job. It gave me the energy and the focus that I wanted, it stopped lactic acid build up and it got me in and out of the gym (I even put the weights away) without any fuss.

I was looking for something a little different, and I found it. Is it the radical pre workout formulation that they raved on about?

No, they upped the caffeine content from the original formula, hardly rocket science that one is it.

All in all, it's a good solid pre workout and if you find yourself standing in a shop and they have it in front of you, I would say take it off the shelf, open the tub up, pour it over yourself and march straight into the gym, because you are going to have a bloody good time! 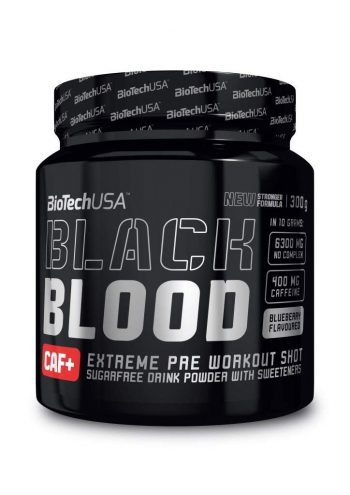