Has some ingredients I have never tried before.

Well dosed across most ingredients! Only Taurine looks to be under dosed

Stupid names, but I can't fault them for that!

A very nice pre workout that you can feel kicking in, it's at the higher end of prices, but it's worth having as that special one for max days or when you fancy hitting your gym partner.

As with a lot of the pre workouts that I am reviewing these days, I had never heard of Woke AF or even BuckedUp, but now that the Instragram account is a bit more active, the adverts for different pre workouts is becoming a bit more noticeable and is the reason why we have a Woke AF Review.

BuckedUp are an American Supplement brand, actually owned by DAS Labs, who look like they have a number of different brands under them.

I decided to sample both their market entry pre workout, amply called Bucked Up as well as their high stim pre workout, Woke AF. First off, I have to give credit for the cool branding, the naming and also the fact they have experimented a little with their ingredients (you will see why the Bucked Up name works a little later).

Shall we kick this Woke AF review off?

Unlike other pre workouts that I have recently reviewed, this one looks to be keeping their ingredients profile pretty simple.

Not quite as simple as StimmuMax, but still not quite as bad as something like MaxxMuscle Atomic Bomb!

The total number of active ingredients in this pre workout sits at 10, with Vitamin B and Sodium being taken out of the count, because we all know what salt and Vitamin B are!

Each serving size is 11.75grams, so not a bad serving size, it's time to see if the ingredients are nicely dosed.

As you can see from the list, not a bad little ingredients list, and the two main stims used are actually hitting the right dose, I was a little worried that 10 ingredients going into 11grams might be an issue, but you can see a few are at tiny doses that don't need to be very high, so the real active ingredients is reduced to 8.

A whopping 6grams of the stuff is found in here, taking up half the scoop with just one ingredient.  As said in previous reviews, the magic numbers seem to be between 4 - 6grams, so they have thrown a lot in this.

Studies have shown that 3,200+ mg is the clinical dose. At the bottom end of the 'prefered' dosages, but as it's not the main stim in this, unlike none stim pre workout that use it, I will let them have this one.

​So that is your two big hitters, at least from mg dose point of view.

We now move onto the stim ingredients!

Not a huge dose of Caffeine, I would say this is mid range for most stim pre workouts, sometimes higher for the ones that don't contain anything else (Such as Black Blood)

Dosed at just over 300mg, this is a comfortable amount and more than enough to notice it's effects.

Caffeine is again a staple of stimulant pre workouts, as it's the ingredient that gives you that energy and alert feeling that we have all come to love!

I love it when we get trademark names for products!

Alpha GPC, is a lovely little nootropic, designed to help you focus, and to become that god like creature in the gym that doesn't notice anyone else!

Found in other products such as StimmuMax​, it is actually classed as a growth hormone (I never knew that!)

If you fancy reading more about AlphaSize, you can read it straight from the horses mouth.

Some studies recommend that 1,000 mg is around the correct dosage, so I will give a small credit for including it in here, but it doesn't look to be enough to provide a huge overall effect.

Also used as a nervous system suppressant (removing that jittery feeling for you), you do get a slight jitter feeling with woke AF, so this may be down to such a small amount of Taurine, though it may also be the Dendrobium / Bitter Orange.

Let's talk about strange Chinese herbs for a minute.

Ever since prosecutors in america decided that things like DMAA, DMHA, DMAE or YMCA where all bad and that it wasn't 'natural', supplement companies have been on the look out for that next big 'stim hitter'.

Some have gone for Africana Fruit (think Alpha Darkside or Atomic Bomb) others have gone for things like GPC or Dimethylaminoethanol!

This particular little ingredient is supposedly known for it's use in the production of 1,3-dimethylamylamine. It's good for focus and energy, so that's a bonus.

Yes, you read that write, and this is the reason I love the fact they have used bucked up and also the magestic stag on their branding, it just works.

Supposedly used as a source of IGFs, particularly 1 & 2, or Insulin Like Growth Factor, having an anabolic effect in adults.

Essentially helping you get in those gains, while you smash through a workout.

It can also help with recovery and growth of the muscle tissue and helps with those pesky clicky joints.

I have never seen it in a pre workout, but it's thanks to those clever Chinese medicine men that we have the joys of it in this pre workout.

​Usually used as an appetite suppresent, with some suggesting orange peel and bitter orange peel may be the new Ephedra, we will keep our eyes peeled on this one...

Yeah, that was pretty bad. Bitter Orange reportedly has the same effect as Denbromium, which means you are getting double the smash and grab! 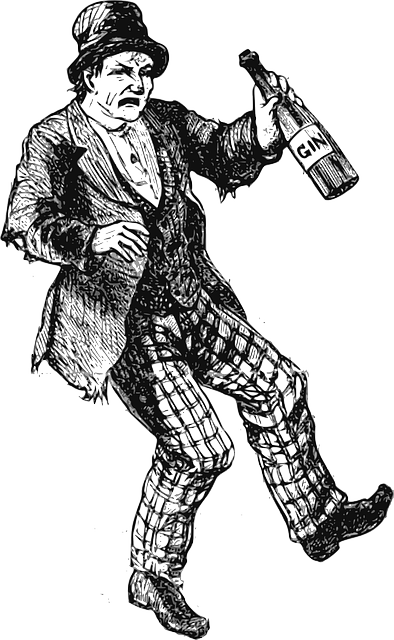 I am sorry to say,. they have not included actual gin in this pre workout, could have made for an interesting review!

First up, Astragin, this ingredient has started to be included with Cirtulline, as it helps with its absorption, and doesn't require a large dose. Good job it's here, because we have 6grams of Citrulline to try and absorb!

And to finish this section, Acitigin, come on it really does sound like it's a badly made cocktail, but no, its added to help oxygen intake, again used in conjunction with nitrogen boosting ingredients can have a positive effect.

Well dosed levels, the only one that lets it down is Taurine, but it's not a massively important ingredient. It's got stuff I have never touched or heard of, but that's cool!

So giving you £1.30 a serving. Considering it costs the same to get products like Kraken which requires two scoops to even come close to decent levels, then I would say £1.30 for a product that doesn't need two scoops is good.

Considering you don't need to give this 2 scoops, it's not a bad price and is slightly more expensive that the majority of pre workouts.

Despite their cringe names, they taste amazing.

Seriously, some of the best pre workouts I have had the pleasure of tasting.

But, no one cares about taste, did it make me feel like the Hulk on crack?

I can honestly say, I am not sure what it was, but my god, this stuff hits you within 10 minutes? Maybe 5?

It kicks in the same way as Alpha Darkside, but without the scary feeling that your heart may or may not explode through your chest and onto the floor of your local Co-op as you buy your pre workout protien shake.

You really do feel focused, and zoned. I hate those phrases as again it's cliche, but there was only one workout where I did not want to do it, and that was because I was grumpy.

The first feeling you get is the ants, it always happens, even after a few years, but then kick in that feeling of pure Euphoria. And from reading, that seems to be a mix of Dendrobium and Bitter orange working together. I have had the bitter orange in other products, and it has been some slight feeling in the back end, this is different.​

This stuff is interesting to say the least. I have also never double-scooped. That's a first (though I did have a little of the warrior stuff / charge, because lets be honest, they are awful and need using up!)

I can say hand on my beating heart, this stuff is awesome.

It kicks in quite quickly, even for someone who I would say is 'well versed with stimulants' you start feeling it work within around 5 - 10 minutes.

I have never had Deer Velvet or Dendrobium, but if that's the stuff that will kick me into gear, without my heart wanting to take a leap off a short pier (i.e Africana Jungula) then sign me up.

I might even claim this would be my number 1 premium pre workout, this stuff really is Bucked Up. 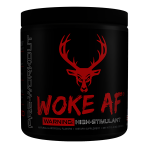