Some staple ingredients such as Taurine, Beta Alanine and Caffeine. On paper it sounds well rounded.

The main ingredient in here is the caffeine, with a decent amount and possibly some beta-alanine that might be dosed well..who knows.

Tastes really nice, no obvious 'feel' and really can't tell it has beta-alanine in it.

A cheap pre workout with a decent dosage of caffeine, but more ingredients focused towards that 'pump' rather than the stim style pre-workout that I was lead to believe it was. It's a product that I will keep and maybe hit up another time to see if the few workouts I tried it with where just 'misses'.

You may, or may not have heard of Performance Charge, most likely not, because it's unbranded (or at least a white label product) that is sold by a company called BodyBuildingWarehouse.

They are fairly famous for their Warrior bars and even their Warrior Pre Workout (review of that in coming at some point) and they own their own supplement lab and production line, allowing them to sell a lot of in house products (some are good, some not so!).

The performance charge is one of their cheaper products that usually ends up appearing in searches due to the fact it is cheap, and I mean super cheap. Be sure to check that part out below.

After running out of the normal supply and smashing through all the backups, it was time for a emergency purchase and this one appeared, mainly due to the price and the fact you could grab it on prime, it was purchased straight away, but did that turn into the worst decision known to man?

Quick Navigation
Ingredients - What's Inside?
Sp3cial Blend
Pricing (Plus Price Per Serving)
How Does It Taste And Feel?
Final Verdict

As you will see below, it contains caffeine, bitter orange and AAKG and..... a prop blend! Woohoo.

I still don't fully understand why in 2019 companies still do this.

Unlike KFC, it's not a secret blend of herbs and spices, it's some standad ingredients that should be dosed at an optimal amount and throwing it all into a blend just makes you look shady.

As you can see,  the first couple of ingredients are pretty much spot on the money (skipping over the creatine for the moment) with both Caffeine at a higher than normal dosage and then AAKG and Bitter Orange added to counter the affects of Caffeine and still allowing the blood flow.

But, then you come onto the Creatine and the mess that is the CHARGE Endurance & Anti-Fatigue System, it goes downhill!

Creatine, I have always personally argued doesn't make a lot of sense in pre workouts and should be left as a stand alone product, or added to a product you take everyday such as Ghost's new Size or Team Affinity PowerUP!

Both provide you with your 5g of creatine a day plus Beta Alanine to start soaking your muscles (creatine and beta both work by building up levels within your body) and ensures you are getting those optimal levels everyday, unlike a pre workout that you take when you are flagging or want to smash something!

Arginine-alpha-ketoglutarate is added primarily as a 'pump' ingredient or added to counter caffeine, due to it's potential ability to produce nitric oxide thus increasing blood flow.

As I mentioned with other reviews, there is currently a debate about if L-Arganine or L-Citruline is better for this, but that's a little too in depth for such a jovial blog!

Studies are still out and about on the effectiveness of AAKG, with some giving subjects 3000mgs and seeing no obvious increase in training ability.

A creatine molecule that has been attached to a good old glucose molecule, designed to increase absorption within your muscle.

Once a build up has been developed it can help with short term and high intensity workouts.

The staple to pre workouts is next, is the good ol' Caffeine!

Performance Charge hits you with 275mg, so you are moving into the higher level of most pre workouts.

As with something like StimuMax Pro having under 300mg means you could double dose and hit that 550mg mark so just about getting into the ' 'my stomach feels like crap' stage.

If you are someone who enjoys a few coffees throughout the day, you don't want to be double tapping this.

Used as a substitute for Ephedra (It contains an active ingredient called synephrine) and has been noted to have similar properties. Though I haven't been able to find any conclusive research that backs this up.

As with AAKG it's added to increase blood flow.

So the first ingredient that is found in the blend, is Beta Alanine.

Unless you are used to Beta Alanine, you will get a lovely tingling feeling (think of ants...over your body).

Citrulline Malate have both been shown to increased your Nitric Oxide and enhancing your blood flow - Massively needed if you are having high doses of Caffeine.

6,000mg is classed as the full clinical dose, again we can guess you are not getting that.

Also used as a nervous system suppressant (removing that jittery feeling for you). Some studies recommend that 1,000 mg is around the correct dosage.

The endurance and anti-fatigue blend is 3,700 so there is no way you are getting fully doses in this, and possible getting 1,500 of Beta / Citrulline 500 of Taurine and the remainder falling in for Sodium Bicarbonate, though there is no way to tell.

Caffeine is dosed at a good level, but the other ingredients focus on 'chasing the pump' not quite a well rounded pre-workout.  The under-dosed blend at the end really brings this product down.  You could double dose to try and get optimal dosages.

Depending on where you purchase this pre workout from, you can pay anywhere from £14.99 - £20.

If you take the standard serving suggestion, then you are paying 0.37p per serving, if you want to get something out of this pre-workout then you will be double dosing and paying 0.74p a serving.

So still cheap, even at a double dose.

It's cheap, but there may be a reason for that.

I picked up the Watermelon flavour, because it's a little different.

The taste, is actually nice. No odd flavours coming through (but then again it's not pretty standard ingredients) and easy to drink. I double dosed this for a few sessions and didn't get tired of the flavour.

Moving on to the important bit,  does it work?

Having tried it for a few workouts and coming out of a 'detox' week, I double scooped this as I was a little sceptical of the endurance blend and wanted to make sure I was possibly hitting the 3,000+ mg of Beta-Alanine.

Unfortunately, I didn't get a lot from this pre-wrokout. considering I hit 6,000mg+ of the endurance blend and 500mg of caffeine, I could not say if it worked ot not. Possible one to try again in the future.

I am torn with this, I accept that it's a cheap product, so it would have never had the stim heavy ingredients you find in other products such as DMHA or Africana etc, but I expected to at least see a noticeable increase in blood flow and endurance due to the Arganine, Beta-Alanine and Caffeine, but that didn't happen.

For now, I think it's a product I will come back too or I will dip in and out of and possible give an update in the future. 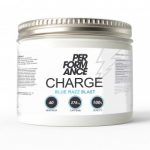