There are a number of ingredients that have been shown to work, but not in the dosage that they should be.

Linked to the Ingredient score. Most of the ingredients are well below the recommended dosages to be effective or useful.

A nice tasting pre workout, but nothing that sent you to flavour-town. No great 'feeling' or anything to write home about with regards to getting your gym session going. You could tell it had some caffeine in.

A mid range pre-workout that had caffeine at the heart of it. Under-dosed on most of the other ingredients, you can buy better pre workouts if you want to spend a little more.

Get The Latest On ProSupps

ProSupps seems to be a much bigger brand in the US than it is in good old blighty, but that didn't stop us from getting our hands on a tub a little while ago.

With a pretty good name and some interesting flavours, this was one of the high caffeine pre workouts we where looking forward too.

MR. HYDE™ is formulated to be the most extreme and effective pre-workout on the market. Loaded with caffeine, creatine, and beta-alanine, MR. HYDE will support your weight-training regime. - Pro Supps

With 12 different ingredients and only 10g per scoop though, this was going to be an interesting one too review.

Let's see if Mr Hyde is really the most extreme and effective pre workiut on the market, or if they should have stayed in the lab and created a real monster.

Quick Navigation
Ingredients - What's Inside
Pricing (Plus Price Per Serving)
How Does It Taste & Feel?
Final Verdict

Straight off the bat, we could see from the marketing and the ingredients list, that they recommended that 1 scoop was more than enough!

Not convinced, but we will view the ingredients table on that 1 scoop dosage that they recommended.

Mr Hyde is slightly higher in caffeine than other brands we have looked at, though only slightly.  Sitting at 400mg per serving (and a warning telling you not too take more than 300mg a day, we are already breaking all the rules).

The only thing missing from that list is the kitchen sink.

At least they have given the dosages for each ingredients, even if they do look a little...under-dosed.

Unless you are used to Beta Alanine, you will get a lovely tingling feeling (think of ants..over your body). Studies have shown that 3,200+ mg is the clinical dose, so this pre workout is falling short of the recommended dose.  By a good 50%.

Following up is a supplement that has been removed from most pre workouts these days. It's seen as a bit of a filler, and is more useful to be taken separately.

Creatine takes time to build up within your body, it takes a few days, if not weeks to become saturated within your muscles. As such, throwing it in a pre workout, BELOW the recommended daily dosage of around 3 - 5g is pointless, or as we said earlier..filler.

Don't get us wrong, Creatine IS useful, but it takes time to become useful.

That's your two 'big' doses done, on to the next ingredients in this 'most extreme and effective pre-workout on the market'.

L-Arginine Alpha-Ketoglutarate (2:1) or AAKG for short is an amino acid compound, designed to give you that 'PUMP!' feeling. Usually dosed with L-Citruline or similar, it increased your vascularity and helps with the delivery of blood and oxygen to those all import muscles.

To get the most from this little guy, 1,000 - 2,000 mg is the current recommended dosage. So Pro Supps is pretty much scrapping the bottom of this barrel.

L-Citrulline is the pre cursors to L-Arganine, and is transformed in your kidneys into the aforementioned amino acid, as well as Nitrix Oxide.

If you are supplementing L-Citrulline (rather than Citrulline Malate) then you need around 3,000 - 5,000 mg per day. So not far off in this product.

The staple to pre workouts is next, is the good ol' Caffeine!

Coming in at 400 mg per dose, this is the heavy hitters for this pre workout and is one of the ingredients that is going to do most of the work.

Mr Hyde is one of those pre workouts that still relies on a large dose, and in this case 1.5 x - 2x more than similar pre workouts on the market.  400mg isn't bad, but it means you can't go for a good ol' DOUBLE SCOOP! Because you will be in the 'my stomach feels like crap' stage when you start hitting the 500 - 1000mg of caffeine.

Following on from the Caffeine hit, is  Glucoronolactone. A compound that is sometimes found in energy drinks, because we believe the drink makers can claim it's naturally occurring and not synthetic, but don't hold us too that one.

It acts in much the same was as Caffeine, giving you a 'focus like' feeling.

Usually sold as a 'concentration' supplement that may help influence adrenaline and dopamine in your brain. Though we did find one study that reckoned having L-Tyrosine didn't actually help as a precursor for amino acids, so I guess it's still up for debate!

A common nootrpic these days (or it was for a while) it is used to help delay the onset of fatigue. Though currently there is little, to no evidence that it works or even has any positive effects at all! The 'recommended' dosage is around 200 - 500mg a day.  So again, a little off!

We couldn't find any reliable information about the effects of Lotus Leaf Extract, other than one study suggesting it may be useful to use with L-Cartanine. Guess we will have to come back to this one day.

Another ingredients that has questionable need in this pre workout. It was once used as a way of calming upset stomachs or stomach acid, but as the chemical doesn't alter stomach acidity it's not a very good claim.

Inositol is a type of carbohydrate made from glucose that's naturally produced in the human body, and is also found in fruits, grains and nuts. In high enough doses, it seems to have a positive effect on nervous system modulation, but the small amount in energy drinks likely does nothing.

Last on this kitchen sink of a list is Grape Seed Extract, we have found it in other pre workouts, usually used as another natural ingredient to help with circulation.

Currently no recommended dosage exists, with some studies using 50 mg with others going as high as 400 - 500 mg.

More research is needed for this.

Caffeine is dosed fairly well. That's about it. We would give it a 1 if it wasn't for that.

Not many places stock this supplement at the moment, they have been pushing the Dr Jekyll formula instead, possibly because it's actually better dosed.

You can pick up a tub of this for £26 from BodyBuilding.com and it gives you 30 servings. Giving you a cost per serving of £0.85.

Though, if you wanted to get any form of real dosage you are going to have to try and 1.5 - 2x this, so effectively giving you a cost per dosage much higher.

The actual price is not bad. Just you are not going to get a lot for your money.

So the actual taste of it, was quite good.

We picked up Watermelon and the taste profile tasted really good.

A bit like when we reviewed the BioTech Black Blood, you could tell it had caffeine in it.

But that's really it, and most of the time you only remembered it had such a high amount of caffeine after you went for a double scoop. 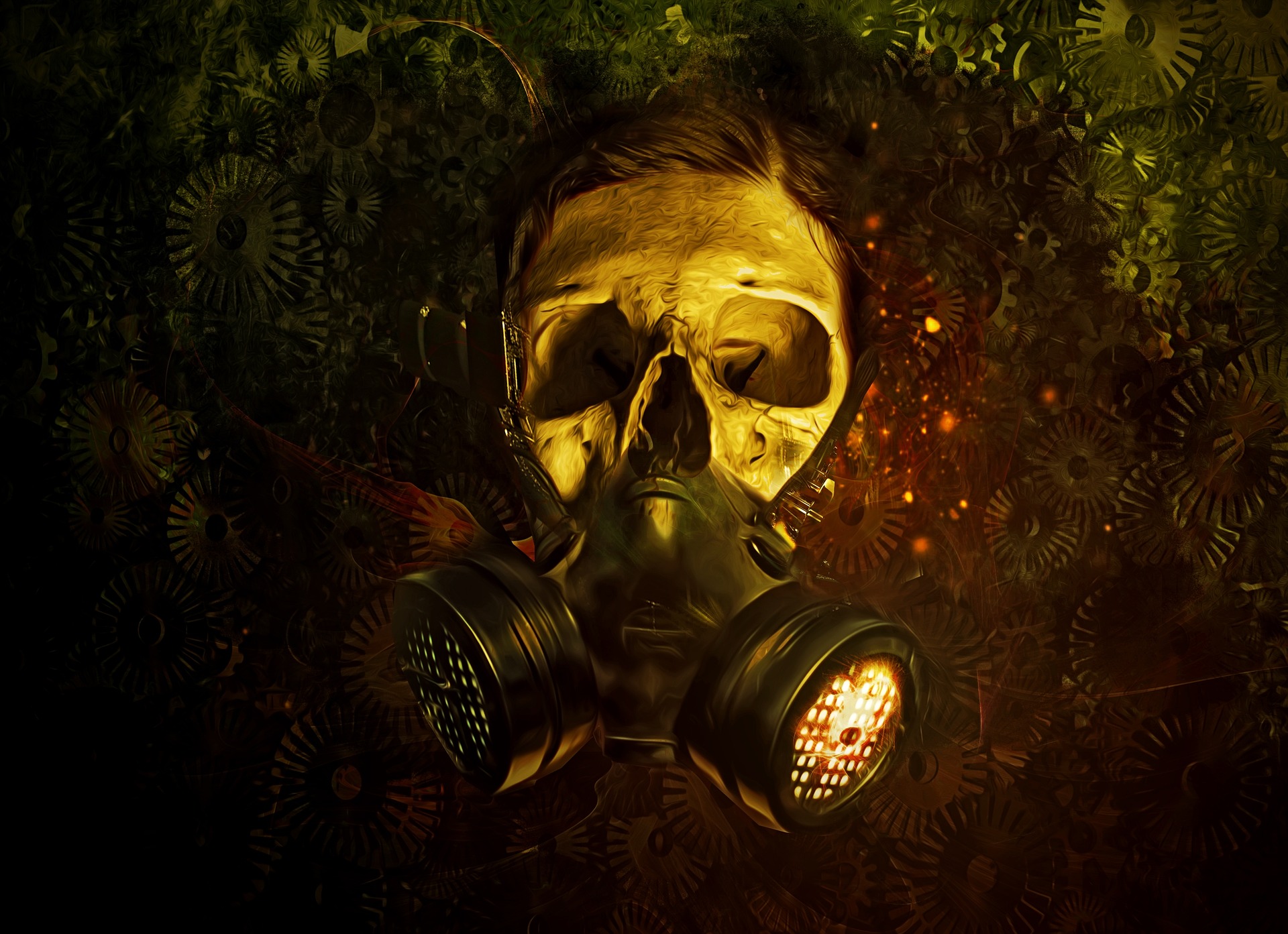 Youd need one of them if you went too the same gym after so many caffeine and protien mixed together.

If you didn't know it has Beta Alanine in it, you probably would have never have guessed.

We did once or twice go for the double scoops to try and maximise the other ingredients, but you just end up smashing a 800mg serving of caffeine, which as we have said in the past..sucks. It stops really being effective at the 500mg mark and just becomes a sick feeling in your stomach.

It tasted nice, but ultimately it was doing nothing other than giving a bit of a caffeine hit. You could got the same some ProPlus.

We where really excited when we saw this, we had heard some good reports and even better ones about the twin Dr Jekyll.

Ultimately though, this is just a pre workout that has a lot of under dosed ingredients that do very little to even know they are there.

The main 'stim' for this is the caffeine, and you could get that in pure form or tablet form to give you very much the same effect.

The other ingredients are just too under-dosed to have any effect and you could pretty much ignore them entirely.

For the money, there are better products that provide much better ingredients profiles!

Sorry ProSupps this is not "formulated to be the most extreme and effective pre-workout on the market" it's a poorly created pre workout that needs a serious rethink. 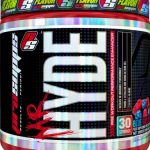